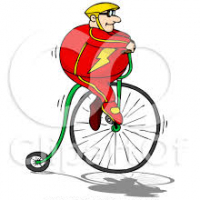 I have been plagued by calf strains and pulls over the last few years, usually my right calf. Sometimes I can get 5 runs in before it goes.It once went while I was in my kitchen making a cuppa after being for a run. My calf muscles are strong and I stretch. Other times it will go sooner. I have been to see Physios, Chiropractors, Podiatrists and a Vet. OK I lied about the Vet. The first physio told me I needed orthotics.. Saw a podiatrist who told me my left leg was 5mm longer than right . Had orthotics made up but still same problem. Went to Asics store in London for Gait Analysis. Problem still there. Had my back checked by a Chiropractor who said it seemed ok. I had all this done privately. 10 months ago I decided to give the NHS a go. They think it may be my Sciatic Nerve rubbing on my Psoas, but the exercises they have given me haven't sorted it out. I have seen 4 different Physios over the years and the last 2 believe it to be the sciatic nerve but can't nail a solution. Has anyone any ideas that may help me, or has anyone else suffered from the same ? I walk a lot and it never goes while walking, and I cycle even more and never get a problem on the bike . i do spend a lot of time sitting down as I drive trains for a living. HELP PLEASE !!!!