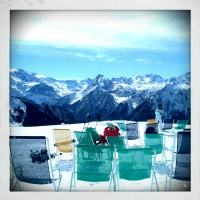 Been running on & off for a few years now, with the last year seeing some good progress after a some knee problems in 2017, although only on smaller distances (around 10k). I tried to be really careful on building up the distance and taking it steady to avoid injuries, but seems not careful enough.
After a change of trainers April time I started getting some ankle pain, which got progressively worse until last run was mid May. Towards that time putting my heel flat the morning after a run was almost impossible, until it settled down around midday.
This felt different to plantar fasciitis that I've had in the past, so off I went to a physio to get me back up & running.

Physio quickly diagnosed nothing obviously wrong with the achilles, but there was a small lump on the inside of my heel - which he described as a "pump bump". He tried to zap it with ultrasound / mega pulse but never seemed very confident that it would fix it.
After a few sessions he's then passed me onto a foot & ankle doctor, who again quickly agreed with the pump bump, but said only real fix is to cut it off (as the bony growth wont go any other way).

A X-Ray & ultrasound later we've then discussed doing more intrusive surgery to remove some calcium growth he spotted on the underside of my eel - that would mean detaching / re-attaching the achilles, which we both agreed would rather be avoided!

So, fast forward to now & I need to book in to have the bump removed & see how things go. Doctor has stated its day surgery procedure, a couple of weeks in bandages, then approx 6 week recovery. I'm aiming for early September to have it done.

Main reasons for posting is that I've found very little info out there on pump bumps / Haglunds, so hoping others may shed some light on actual recovery times, plus also to document the process as I go to see if it helps anyone, and also hopefully helps me push on with the recovery. Thanks all
0 · Share on FacebookShare on Twitter