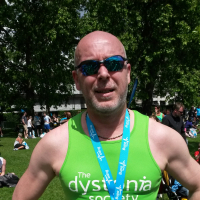 Guarddog ✭✭✭
August 2019 in General running
At the beginning of the year I set some targets as regards running:
1) Complete 12 half marathons in 12 months
2) Go Sub 23:30 for the 5K
3) Go sub 50 for the 10K
The first target seemed doable in January, enter half marathons, treat them as easy runs and just try to enjoy them whilst picking up the bling at the end. Unfortunately the first two in March proved to be incredibly tough (not sure why as I'd trained quite a bit) and then I picked up a groin injury in April that set me back a month or so. I wasn't looking forward to the Seaford half as it was quite hilly, however the up hills were all in the first half of the race and the second half was most gloriously downhill, making it more enjoyable than the first two. Wyre Forest proved to be another tough one with the last mile or so an up hill trawl, but ultimately enjoyable. Indian Queens in Cornwall last week was the most I've enjoyed a half for quite some time. I came within 2 seconds of getting inside 2hrs which considering we were doing it as a long slow run and had jogged around chatting for the first 8 miles I was rather pleased with. Now have Henfield this coming Sunday and Barns Green booked for September along with looking to do a further one in September as well. So the 12 in 12 seems to be firmly on track.
The sub 23:30 was achieved back in February as part of the club's Parkrun Grand Prix series. Again I missed out on going sub 23 by 2 seconds, but I was rather chuffed with taking a big chunk out of my PB and feel given the right course and conditions I might get that down more. So that one was ticked.
The 10K target has been a bit more elusive for the simple reason I've been concentrating more on half marathons and so the opportunity to enter any events has been limited. However I entered the Race the Sun 10K which was held yesterday at Hyde Park, along with a couple of friends. I wasn't really expecting much in the way of a time as I'd not really rested after the half 10 days previously. In fact on the Sunday before I had gone for a 1hr 40 rather hilly training run with 3 times 12 mins at race pace, so my legs were still feeling that. However the conditions seemed quite good for a decent run, it had been raining so was coolish and the course was nice and flat.
The race was 4 laps of Hyde Park and I figured if I was near 25 minutes at the halfway point then the sub 50 might be on. I decided to take the first lap relatively easily to see how my legs felt, not being too worried about not being up with an 8min/mile pace and by the end of the second lap I still felt relatively fresh, but was over the 25 minute mark. The third lap I decided to push on a bit, passing another runner who had annoyingly spent a lap speeding up just as I'd pull alongside them only to slow down again (not sure why that annoys me, but it does). Entering the final lap I still felt surprisingly OK. I tried to relax my stride as I pushed myself on. Getting into the last mile I was lapping slower runners and walkers and I had to speed up to clear a potential jam just before going into a corner. Having sped up I found the pace OK and decided to maintain it. Big mistake. In the last 400m the legs started to go. From having done the previous mile at 7:20 pace I was now down to 8:15 and struggling. I generally love a sprint finish, but as the line came into sight my legs just wouldn't do what I wanted them to do. I somehow managed to keep going and as I crossed the line stopped my Garmin and looked down. 50:00:4!! Sometimes life is cruel. OK, it's a PB, but for the sake of 0.5 of a second!!!
0 · Share on FacebookShare on Twitter