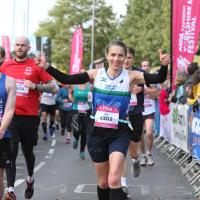 Cal Jones ✭✭✭
December 2018 in Spring Marathon
Anyone else in for this?