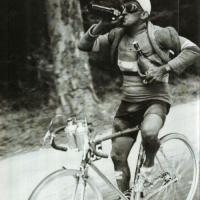 I am still regarded as a new runner, basically I tried to get into running last year and failed miserably within a few months with never ending knee pain. I jacked the lot in but decided to give it one more shot earlier this year but using zero drop shoes, the long and short is that having started fresh again on May 1st 2019 I am on course to cover 500 miles within the first 6 months (End of October in my case), and touching copious amounts of wood I have been completely injury free and that has included trail running.

I came to running from cycling and I would always implement 2 rest periods within a 12 months cycle, one being mid season around July consisting of between 7-10 days and another at the end of the year in December between 1-2 weeks, this worked well.

Now typical my running week consists of Rest Mon Tues, 6.30 Miles Wed, 5 Miles Thurs, Rest Fri then 6.30 Miles Sat and either 6.30 Miles again on Sunday or 5 miles.. I do shake this up a bit with longer runs up to 8 miles and the odd 5k in between but my weekly mileage is between 20-25 miles comfortably.


So I know this will no doubt be like asking how long is a piece of string but what do folks normally implement as a rest period within a yearly running cycle?, I have weeks when I will run faster and some when I keep the pace very casual, I certainly have a lot more rest days running than I ever did cycling which was one of the reason for the change to free up valuable time and since I am now aiming for 1000 miles within 12 months I think it would be wise to have a plan set out for the following 6 months.